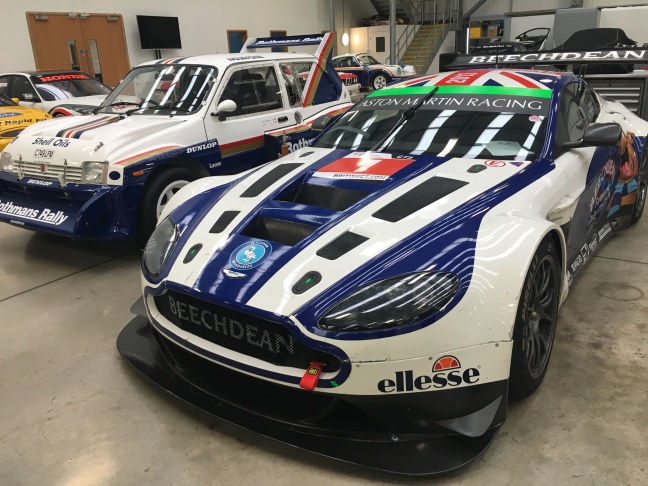 The title may be a confusing one, but you’ll have to bear with me, as every marshal knows that when they aren’t at the track they sometimes struggle for things to do to keep them occupied. It’s hard to really think that there was once a time before marshalling and that we used to occupy our weekends with other activities.

Non-marshals think of us as a little bit crazy that we spend our days stood inches away from a controlled explosion on wheels, but to us it is now a way of life that affects everything we do.

Last week was another non-orange weekend for me and the time away from the track was starting to get to me. Nearly a month away is something that left me feeling rubbish, like a smoker trying to quit, there was something missing and the withdrawal symptoms were visible.

I had last Friday off work following four days away for my sister’s wedding and I needed to fill the time. Before I got into marshalling I would have ventured into Manchester or just sat around all day playing music, but this time I used my time for Motorsport.

I had won a ProDrive factory tour at a dinner dance earlier in the year, in fact I think I may have blogged about it, and decided that last Friday was the day to venture down to check it out. Of course I couldn’t venture alone so who best to join me than three friends from marshalling (Paul Levitt, Andrew Roberts and James McNeil).

The first thing that struck me when I entered the factory, wasn’t just the Aston Martin Vulcan that was in the reception, but the scale of the operation to run a Motorsport company; it’s huge! The workshops stretched on for what felt like counties and the number of vehicles that they currently had in the factory may have filled a pitlane, but still made the factory look bare.

The ProDrive tour didn’t last all day, so we had an afternoon to fill. Now most people would go and find a nice restaurant or a pub to sit in, and whilst the latter sounded very tempting, naturally as marshals we gravitated to the nearest car or Motorsport location.

The British Motor Museum near Royal Leamington Spa, is somewhere that I recommend all marshals and car enthusiasts should go. The collection of race and heritage cars is something to behold and before we knew it, we had looked at everything in the museum, including the Jaguar and British Heritage collection and had been there for nearly four hours.

I may have digressed slightly away from my point of, when we are away from the racetrack and Motorsport, we’ll always find a way back to Motorsport whatever the situation.

Sometimes this isn’t in the form of getting up and going somewhere, people complain about having to wait an entire day to see what happens next in Coronation Street or Eastenders, and others about waiting a week to watch the next Game of Thrones. So, imagine how hard is for some people who have to wait two weeks for the next Formula One race, or worse, the three weeks when racing takes its Summer break. It’s torture.

Instead of watching the latest TV Series and being able to join in a conversation at work the following day, I instead watched the US Grand Prix, whilst talking to two people in two different locations. It is normally convenient to watch them in the same location, but when you’re in different counties the logistics become a little difficult.

Even after trying to take time away from Motorsport, once it’s in our blood it’s pretty much going to stay. Is that a bad thing though?

Thankfully, I’ll be back to the circuit this weekend to get my fix of racing.

My Tweets
Follow A Life In Orange on WordPress.com

Wigan
We aim to respond to all messages between the hours of 10am and 11pm.

Message from the Author

I hope that you find this website as enjoyable and as interesting to read as it has been for me to write and bring you these experiences.

Please feel free to explore the website as much as possible and if you want to write your own story then please contact us.